UAM SPOTLIGHT: NASA is Dedicated to Making UAM a Reality by 2028 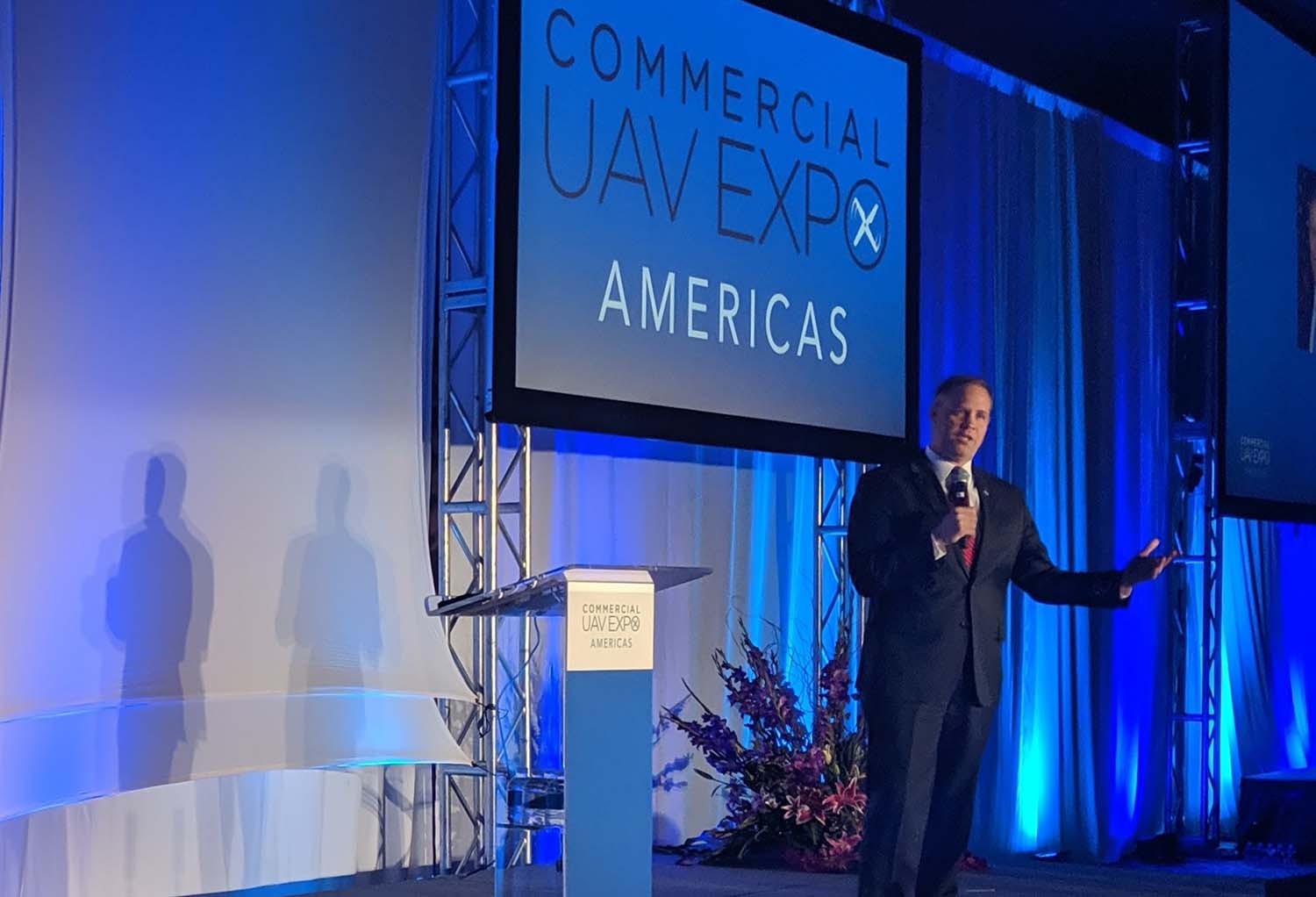 Commercial UAV Expo Americas opened to great fanfare thanks to an informative and entertaining presentation by NASA’s administrator, James Bridenstine. His personable style immediately captivated the audience as he shared stories that detailed less-than-perfect landings for naval jets on an aircraft carrier, but also included information about the status of NASA’s efforts to advance the cause of unmanned aviation.

As he detailed in a follow-up interview focused on his keynote, Bridenstine reminded the audience that the first “A” in NASA stands for “aeronautics”. He highlighted how and why the administration he leads is not only about space goals, but also about aviation, both manned and unmanned.

“UAV’s and urban air mobility (UAM) are the future, but before we reach that future we need to work hard in perfecting air traffic management systems and solve issues of infrastructure and certification,” Bridenstine told the crowd.

He also detailed how NASA is work with the drone industry and academia to develop aerodynamics and performance, but also detect and avoid (DAA) systems and new radar technology. All of the elements will enable the integration of our current air traffic control (ATC) with an unmanned traffic management (UTM) system that NASA has been working to enable for many years. That effort ties into a series of activities called the Grand Challenge that Bridenstine highlighted for the crowd.

“We at NASA are very excited about our various Grand Challenges that are about to launch and I invite everyone in this audience to participate and be part of the future with us,” Bridenstine declared. “We want to make UAM a reality by 2028 and this is only possible if everyone in this hall and everyone out there involved in unmanned systems joins forces with us through these Grand Challenges and brings ideas and innovation to the table to be combined and launched in a safe manner.”

Hearing an official at Bridenstine’s level declare that type of deadline was striking, but he talked about how getting there is going to be about innovation in hardware, software and airspace management. He challenged the audience by talking about how other countries and continents are making progress to this very same goal and wanted to make sure the United States will remain a prominent player in this space.

“Europe is investing heavily in becoming an all-electric aviation environment by 2050 and we don’t want to be left behind,” he said. “America was first in aviation and we need to continue to lead.”

With a few minutes left in his allotted time, he opened the floor for questions. The first one was related to the grand challenges and who at NASA will be in charge of the contracts.

“Joey Rios from my team at NASA will be working on the contract details and we are planning to launch these Grand Challenges by 2022, he said.

The second question one surprised everyone, including Bridenstine. It was about the Artemis program and the return to the moon.

“I like it!” he said with a laugh. “This audience wants to talk about space, so let’s talk about space. I told my boss, the President, that we can be back on the moon by 2028 and he said he wanted it by 2024, so that’s the mandate. We are going back to the moon in 2024 with project Artemis, the twin sister of Apollo with a man/woman mission or perhaps a two women mission. We’re still working on the details. One thing is for sure, our plans involve return by 2024 and a full-time presence on the surface of the moon by 2028.”

After a question about preemption when it comes to drone laws that state and local authorities are looking to establish which Bridenstine mentioned would be best to have someone from the FAA address, he took one last question about extraterrestrial life and NASA’s efforts to find it.

“Wow!” he exclaimed. “This audience is full of surprises. Well, let me tell you, we have discovered all the chemical compounds necessary for life in the surfaces of Mars and Pluto, and we have found underground water in Mars, so who knows, perhaps at some point Mars had life. I’m not saying intelligent life, but microbial and basic life, yes it’s possible. We have discovered over 9,000 planets in our galaxy and continue to discover more all the time, so who knows. We at NASA have a mandate to explore space and that’s what are doing; the moon will be our proving ground to jump to Mars and beyond.”

That Administrator Bridenstine was willing to explore the possibilities of extraterrestrial life while also providing a timetable around when NASA wants to make UAM a reality underscores the scope of a presentation that should impact how the drone industry moves forward in the short and long term.

Reports focused on drones in America

Reports focused on drones in Europe